Mike usually stuffs old towels under the living room furniture to prevent Wiffie from rolling underneath and causing him to get down on his hands and knees to pull Wiffie out. When those baffles came out of the closet and resumed their respective positions on the floor, I knew my month of “bed rest” was over.

And so I have enthusiastically reembraced playing tug of war with Lamby, and as soon as Wiffie hit the floor, I took off  after it and went flying into the kitchen, barking like a banshee. I also enjoyed knocking Wiffie into a corner and barking at it, daring it to try to get past me. No way, Wiff.

Fetch along the creek trail in Carkeek.

Our daily walks gradually ramped back up to an hour or more, and there has been some moderate reintroduction of fetch–kind of like pitch counts in baseball.  A few times we went to Carkeek Park, which has some of my favorite locations for chasing my ball. The trail that runs parallel to the small creek leading to the salmon hatchery is perfect, because it’s fine gravel, secluded, straight and flat, with the creek on one side and a steep slope on the other to confine me and my ball. After about 10 or 15 throws there, I felt I was getting my legs back under me. But the most recent time we went there, lots of people and other dogs were around, mostly to watch mature salmon flop up the creek to return to their original spawning ground and die, which doesn’t seem like the most fun thing to do on a fall afternoon. Instead, Heather, Mike and I ambled up the trails to the Rock, where I chased caroms for a good half-hour. I’m definitely all the way back.

Playing fetch at the Rock.

With the days getting shorter, we’ve started walking a little earlier in the afternoon, and maybe that’s a good thing. Coyote sightings from all over the neighborhood have become a daily occurrence, especially in the early morning and at dusk. We hear them howling at night and have seen them several times in the park. One morning Heather and I saw two of them walking towards us from down our block. When they saw us coming, they darted into the Bartons’ back yard–with any luck, they were after Fred, my nemesis neighborhood cat. Anyway, these days Heather keeps me on a tight leash and throws the ball only in open, controllable locations. Not a bad idea at all. Let the coyotes eat salmon. 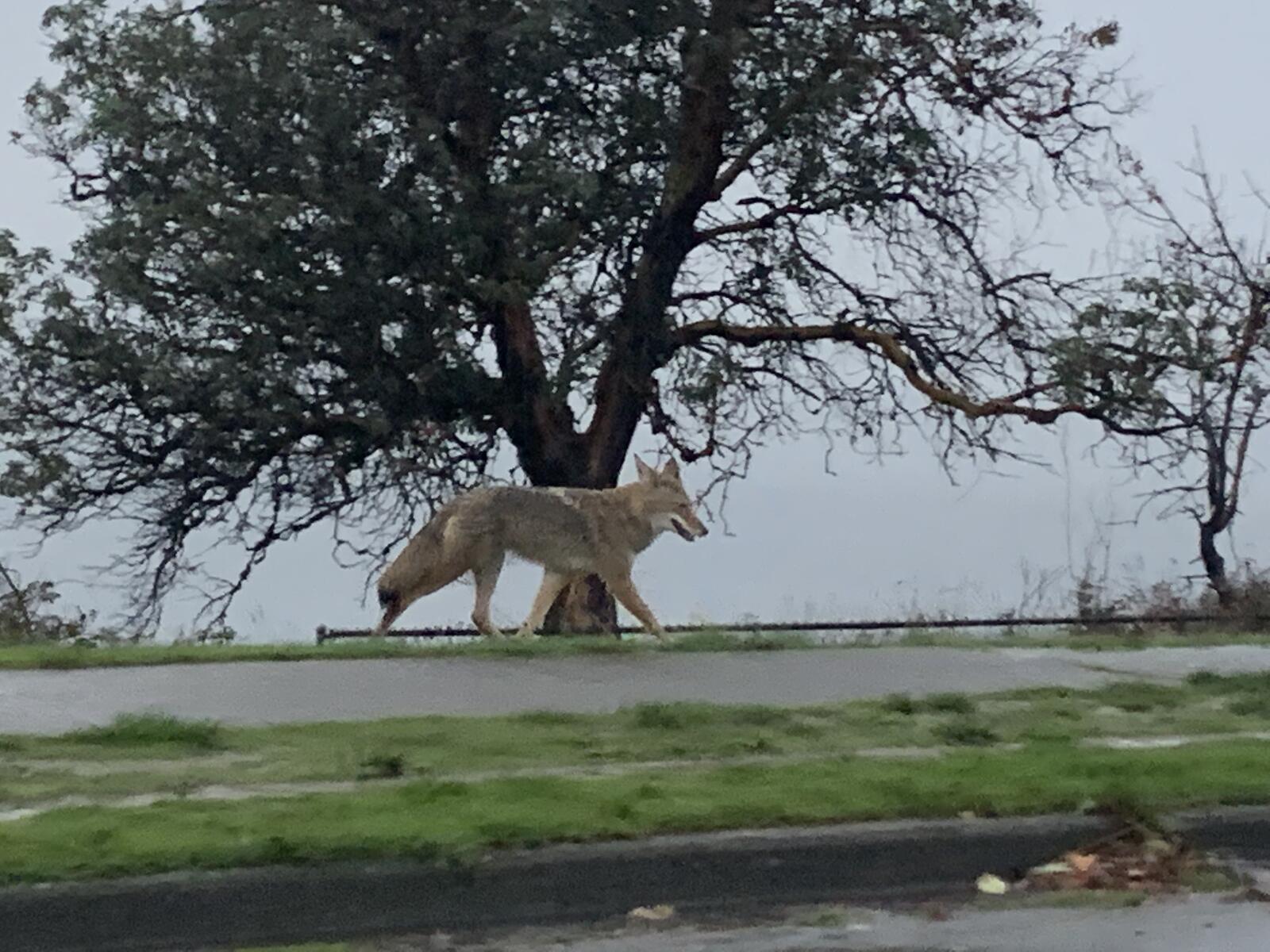 3 responses to “Chloë Makes Her Comeback”